READY, SET GO: Order until 15/12 to be delivered before Christmas

What are the different varieties and types of black tea?

All black teas come from the same tea plant, the Camelia Sinensis. But each variety has its own flavour because of the way it is produced, the way it is fermented, the way it is harvested or the country of origin. They all differ in taste and provide an authentic experience in the mouth. Yes, black tea, like its cousins green and white teas, is above all the fruit of a terroir. To find out all about black tea and how to choose the best one, follow the guide!

China is the largest tea producing country in the world, especially for black tea. Each type of black tea has its own particularities and comes from a different region.

Keemun: this black tea comes from the Qimen and Huangshan region, which are located in the province of Anhui in eastern China. The region is known for its mountains and low clouds that offer sublime scenery. Keemun black tea is a clear tea that does not require a large quantity to offer a tasty infusion. It is characterised by woody notes, a fruity taste and sometimes a slight chocolate flavour.

Lapsang Souchong is a smoked black tea from Fujian, a province in southeast China. It is a mountainous region that has long been difficult to reach. It has a subtropical climate with hot, humid summers and mild winters. Black tea comes from the lower leaves of the tea plant and is considered one of the finest teas. It has a dark caramel colour when brewed, and is even used in recipes such as smoked pumpkin soup and marbled eggs.

Yunnan is a type of black tea from the region of the same name in southwest China. It is a highland tea and is considered to be one of the best teas in the world. It is considered one of the best black teas in the world. It is perfect for the morning, offering strong flavours, but without bitterness thanks to the balance of flavours. With its mild and light flavour, it is very suitable for people who want to start drinking tea.

Oolong is a tea halfway between black and green tea, the oxidation of the leaves not being complete. It offers fresh or more intense flavours depending on its level of oxidation. Oolong is also characterised by floral and buttery notes, and even more complex, slightly roasted notes.

In Japan, Japan Lapsang is the most produced type of black tea. It is a smoked black tea with strong woody flavours, very pleasant and balanced. It is obtained thanks to a rare know-how that allows this tea to offer all its smoked flavours, sometimes unusual but always delicious. Japan remains a major producer of green tea, more so than black tea.

Grown in India, this light-coloured black tea with large leaves grows mostly at sea level at low altitudes and offers strong flavours. Invigorating and full-bodied, Assam tea is perfect for breakfast. You can even add a dash of milk to complement its full-bodied taste. To be sure of drinking a quality Assam tea, choose leaves from the second harvest, which is often better than the first.

Darjeeling is probably India's best known black tea, produced in West Bengal in the Darjeeling Gardens in the foothills of the Himalayas. In total, there are an estimated 87 gardens producing Darjeeling tea. Darjeeling tea is the most prized black tea because of the excellence of its leaves, and is distinguished by its woody and dense taste. Depending on the harvest period, this black tea offers varying colours when brewed and more or less pronounced flavours of muscatel. Darjeeling tea is harvested three times a year: the spring harvest gives a tea with delicate flavours and a light body in the mouth, the summer harvest is distinguished by more amber-coloured Darjeeling leaves with a stronger taste and a slight bitterness, and finally the autumn harvest, which comes after the rainy season, gives a tea with ripe and woody notes.

The world-famous Ceylon black tea is grown in Sri Lanka. It can also be found as green tea or white tea. But it is the black tea version that is the most famous in the world. A full-bodied tea rich in tannins, it has a round, strong and robust taste. It is similar to Assam or Darjeeling tea and can be drunk with a touch of milk. It is a good alternative to coffee for people who want to reduce or stop their caffeine consumption.

The originality of smoked black tea

Alongside all these major types of black tea, there is also smoked black tea in which the leaves have been oxidised, rolled and smoked. The best known smoked black teas are Lapsang Souchong from China and Japan Lapsang from Japan. 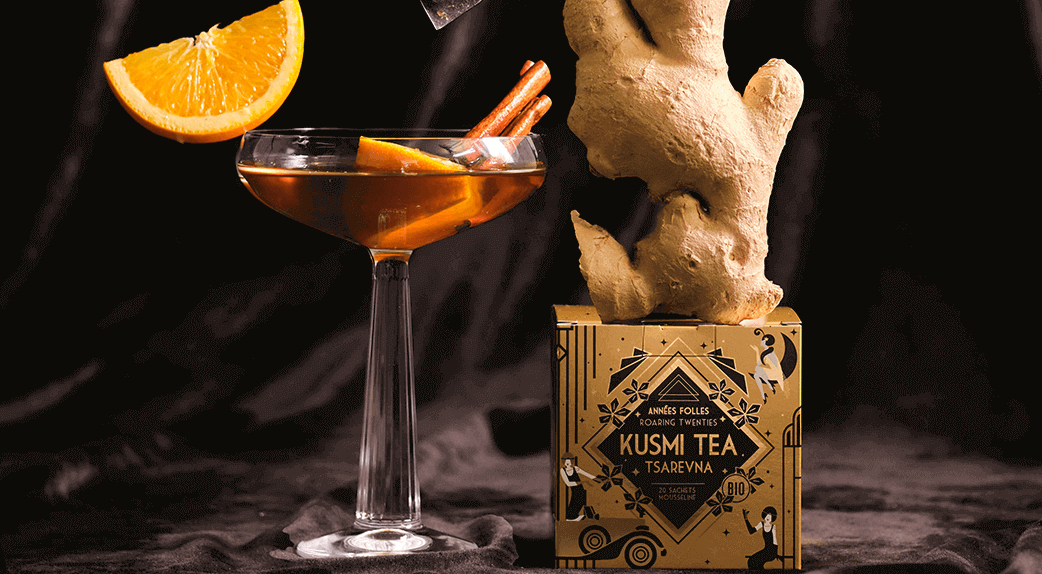 If you prefer spicy and flavoured teas, black tea is the basis of Chai teas. Whatever the type, Assam, Ceylon, Yunnan, Darjeeling, it goes very well with cinnamon, cardamom or cloves.  Chai is drunk daily by Indians who mix it with milk and sugar.

To choose a quality black tea, we recommend that you choose an organic black tea in bulk. The organic label guarantees that the tea is produced in an environmentally friendly way and that the production process is controlled. You can therefore be sure that you are drinking a premium quality, pesticide-free tea.

The benefits of black tea

Black teas, like green and white teas, have many health benefits. Starting with their richness in antioxidants, these molecules that help fight against the development of certain diseases and premature ageing of cells. However, they do not dethrone green teas, which remain the richest in this respect.

Black tea is the tea with the highest tannin content and the highest caffeine content. It is perfect for the morning and goes very well with breakfast toast. It provides energy throughout the day, but unlike coffee, it does not increase nervousness to any great extent. Did you know that theine and caffeine are actually derived from the same molecule? They therefore refer to the same thing but do not have the same effect on the body. Theine is released diffusely in the body throughout the day, whereas caffeine is available almost immediately. This is why caffeine is associated with a very pronounced boosting effect.

In order to preserve all the aromas and benefits of your black tea, Kusmi Tea recommends that you do not brew your tea in water that is too hot. A too high temperature will indeed degrade your tea leaves. On the other hand, water that is too cold will not allow for an optimal infusion. A temperature between 80 and 95°C is ideal.

In terms of taste, a long infusion time will produce a tea that is rich and full of aroma and flavour. If you prefer a lighter taste, do not brew for too long. For example, 2 to 3 minutes.

At Kusmi Tea, we love black tea. Preferably organic! This tea will brighten up your mornings and provide the energy you need to start the day. It is also suitable for a warm snack break.

The wide variety of black tea makes it easy to find the right one for you. For breakfast or during the day, a cup of black tea provides an intense moment of fragrant pleasure. In addition, black tea has many health and body benefits.

How to make black tea?

Can you drink black tea before going to sleep?

How to choose a quality black tea?

When should I drink black tea?