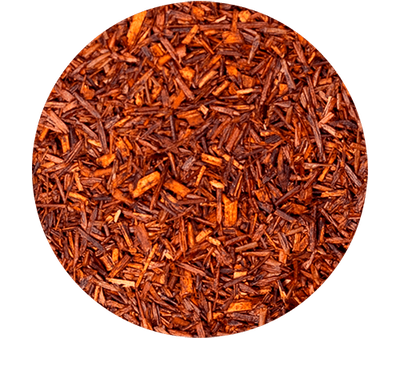 Get ready for sweet, authentic flavors with rooibos, a truly unique drink.

Organic rooibos certainly lives up to its reputation for round flavors and sweet hints. After it has infused, you can indulge in the woody, slightly honeyed scents before it takes you on a journey to its native country – the only place on earth it is able to grow…

Flashback! Long before it arrives in your mug, rooibos looks like a shrub similar to acacia, with its branches covered in small yellow flowers and tiny leaves in the shape of thin needles. Its roots grow deep in the fertile, enchanting ground of South Africa, where it has been consumed for several centuries. The leaves of rooibos bushes are harvested between January and March – the height of summer in this hemisphere! They are then spread out in the fresh air and sprayed with water. They dry in the sun thanks to this magnificent country’s hot, dry climate, and gradually take on their beautiful red color – almost as if they were caramelizing.

Plain, organic rooibos by Kusmi Tea, carefully selected for its quality, is delicious both hot and iced. And because it is caffeine-free with very few tannins, the whole family can drink as much as they want!

Organic rooibos available loose because it’s good for the planet.

Rooibos means “red bush” in Afrikaans, one of the official languages of South Africa. This, and because its infused liquor is so eye-catching, is why it is nicknamed “red tea” all over the world, despite the fact it contains no caffeine. Rooibos is endemic to South Africa and grows particularly well in the soils of Cederberg, a natural park located a few hours north of Cape Town and renowned for its spectacular rock formations. The locals, who also love rooibos, often enjoy it with a little sugar and a drop of milk. 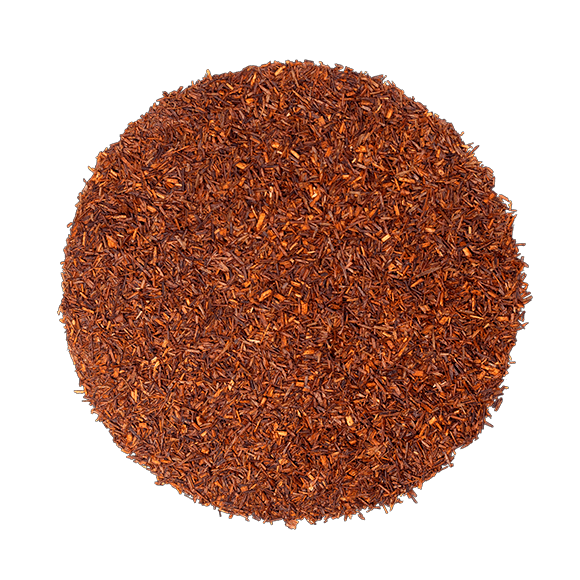 3.5 oz refill bag 1/14/23 This is the best non caffeinated tea. Not only is it delicious, but you can make pot after pot, cup after cup, and it seems to last forever.