Product rating 4 out of 5
20 Reviews
Item No. BOOS125
This product is no longer available
Delivery Information

A healthful blend of mate and green tea, enhanced with spicy notes of cinnamon, cardamom and ginger.

Start your day off right with Boost, an irresistible blend of spices with a combination of green tea and mate. The prominent notes of cinnamon, ginger and cardamom add character to this blend. It gives you the extra boost you need to face a long, busy day!

Originally from Indonesia, cinnamon is one of the oldest spices in the world. The cinnamon plant was considered sacred in Sri Lanka. Its harvest was reserved for the Salagama caste, and any others who dared approach would be put to death.

Cardamom is known for its spicy essence, widely used in fragrances for men. With its lemony taste, cardamom adds freshness and energy to your daily routine. 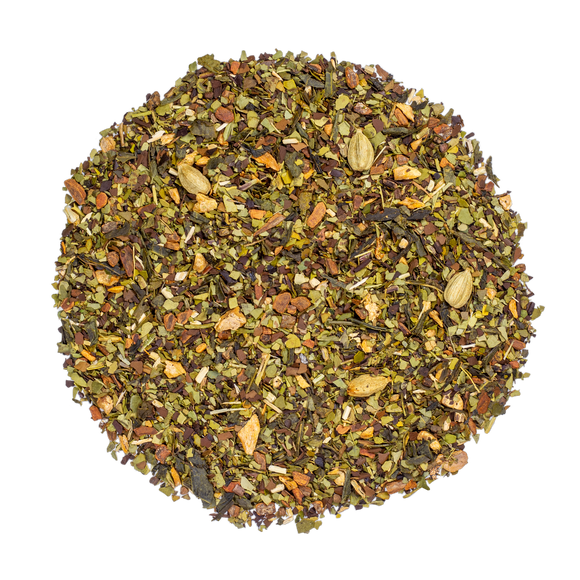