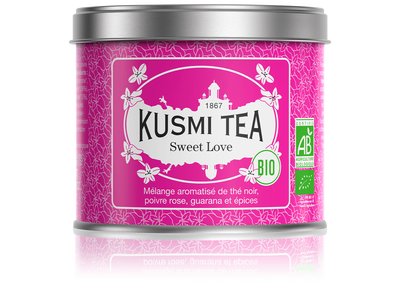 Give in to temptation with this black tea with pink pepper and spices.

“A good helping of black tea, a hint of fresh pink pepper, and above all some enchanting spices that make this marvelous elixir so mouthwatering! Cloves, cardamom, cinnamon, aniseed… perfect, they’re all there. All we need are a few incantations, and… STOP! I almost forgot the precious guarana seeds! Now it’s ready! This love tincture is quite simply irresistible!” This is pretty much what happened in the Kusmi workshops while our experts were concocting your Sweet Love blend – a rose-tinted, organic infusion that’s a lot like a magic potion!

A bold black tea, pink pepper, bewitching spices, and a bright pink tin… How could anyone not fall under the spell of Sweet Love?

On possible reason that cinnamon is often synonymous with sweetness and warmth is that the cinnamon tree is an evergreen plant that requires a lot of sun! Its leaves and roots are also edible, but its bark is the part we love the most. It is harvested during the rainy season before being laid out to dry. It then naturally rolls up on itself to form little tubes – the renowned, uniquely flavored cinnamon sticks!

Ginger and cardamom are part of the same family of spices. But while ginger is grown for its “rhizome,” meaning its root, cardamom is known for its pods, which are filled with precious, little, black seeds with a deliciously aromatic, fresh, and slightly lemony flavor. Originally from India, it is said to have been used for thousands of years in ayurvedic medicine thanks to its multiple properties. Cardamom’s the word! 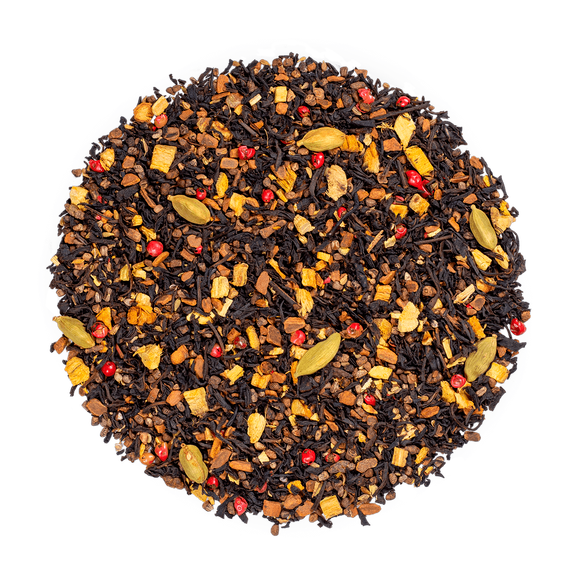 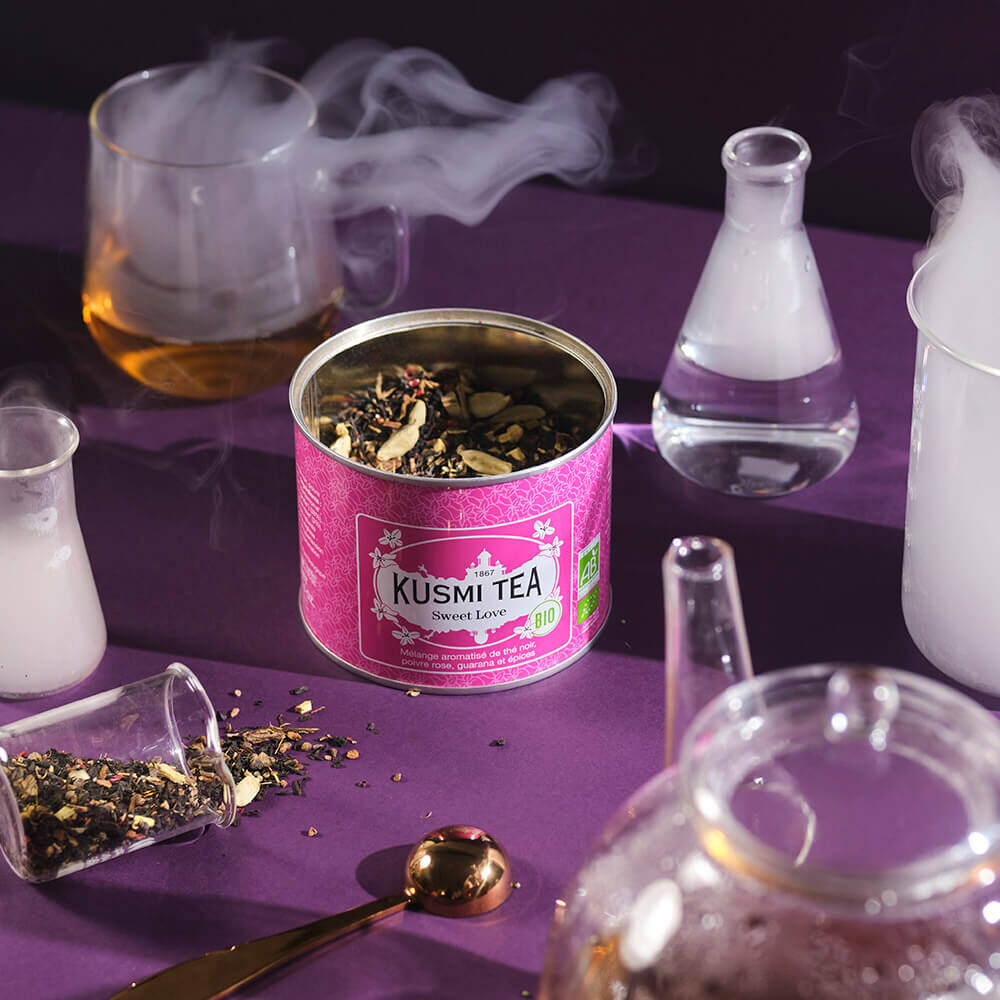 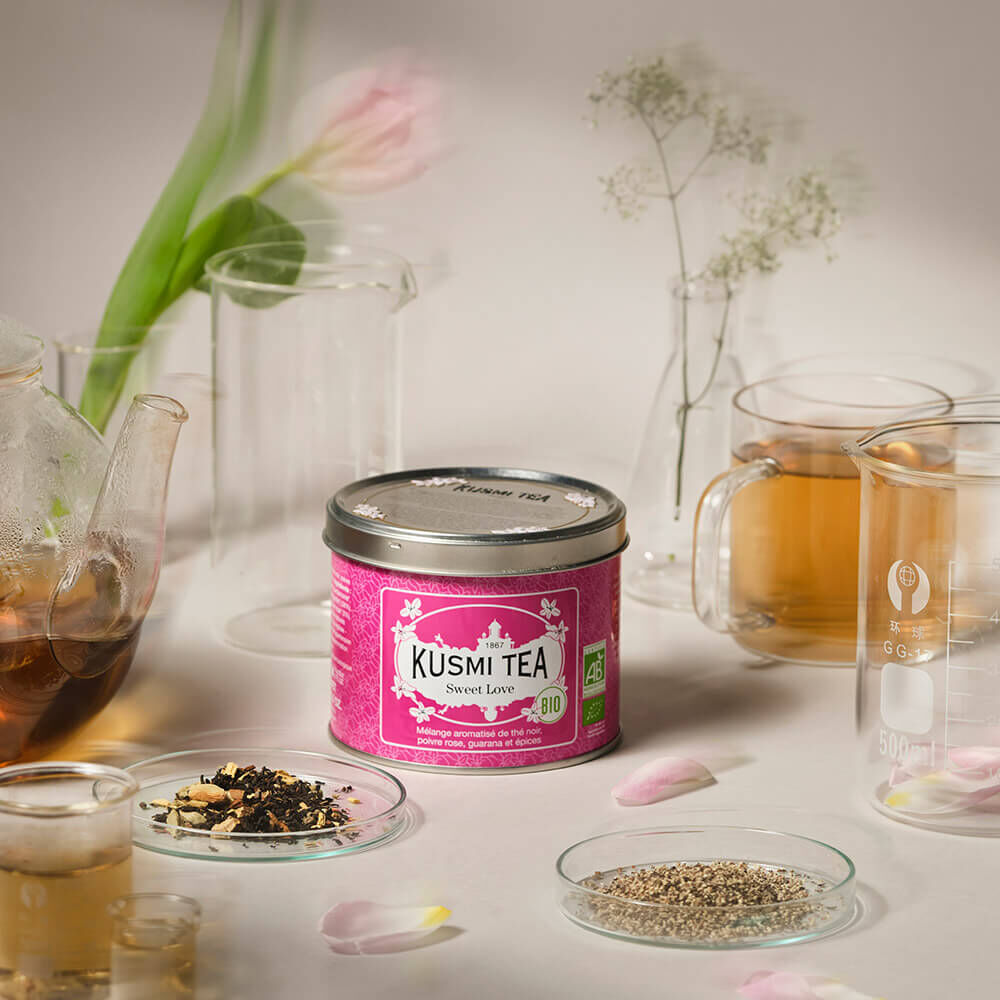 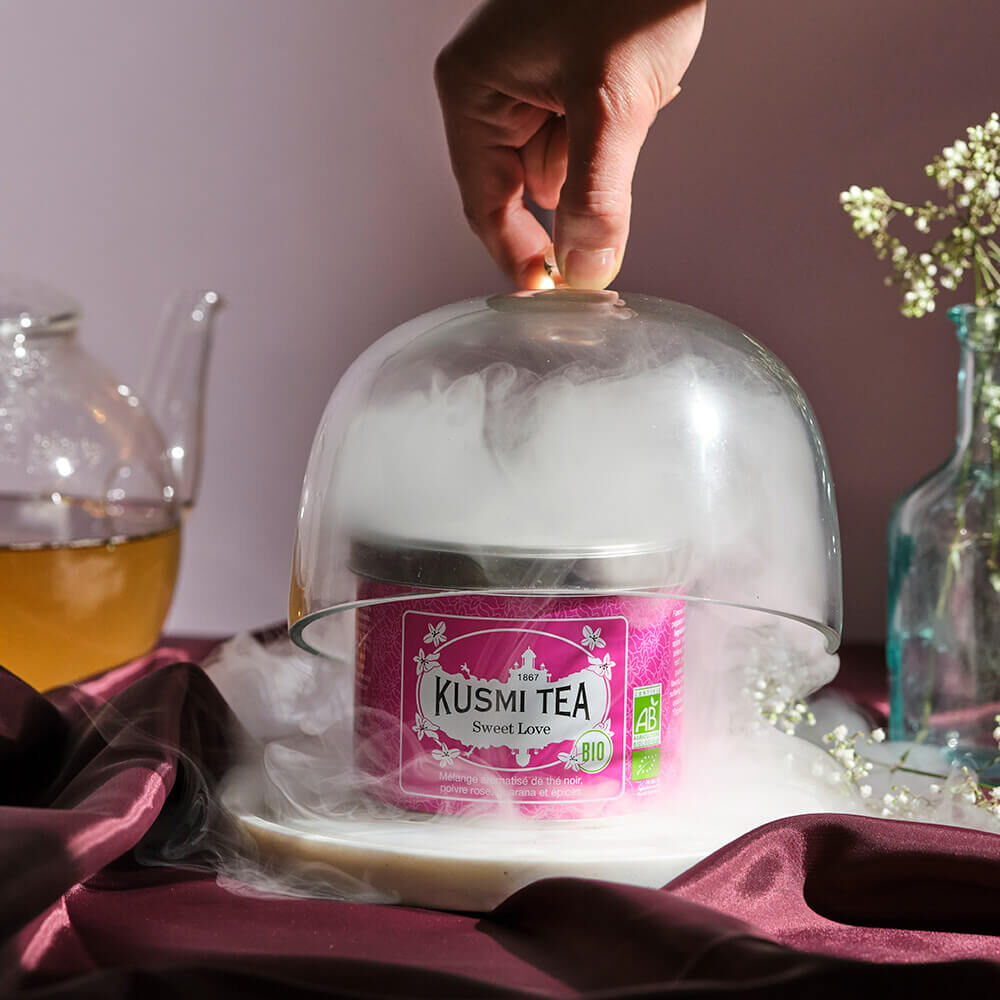 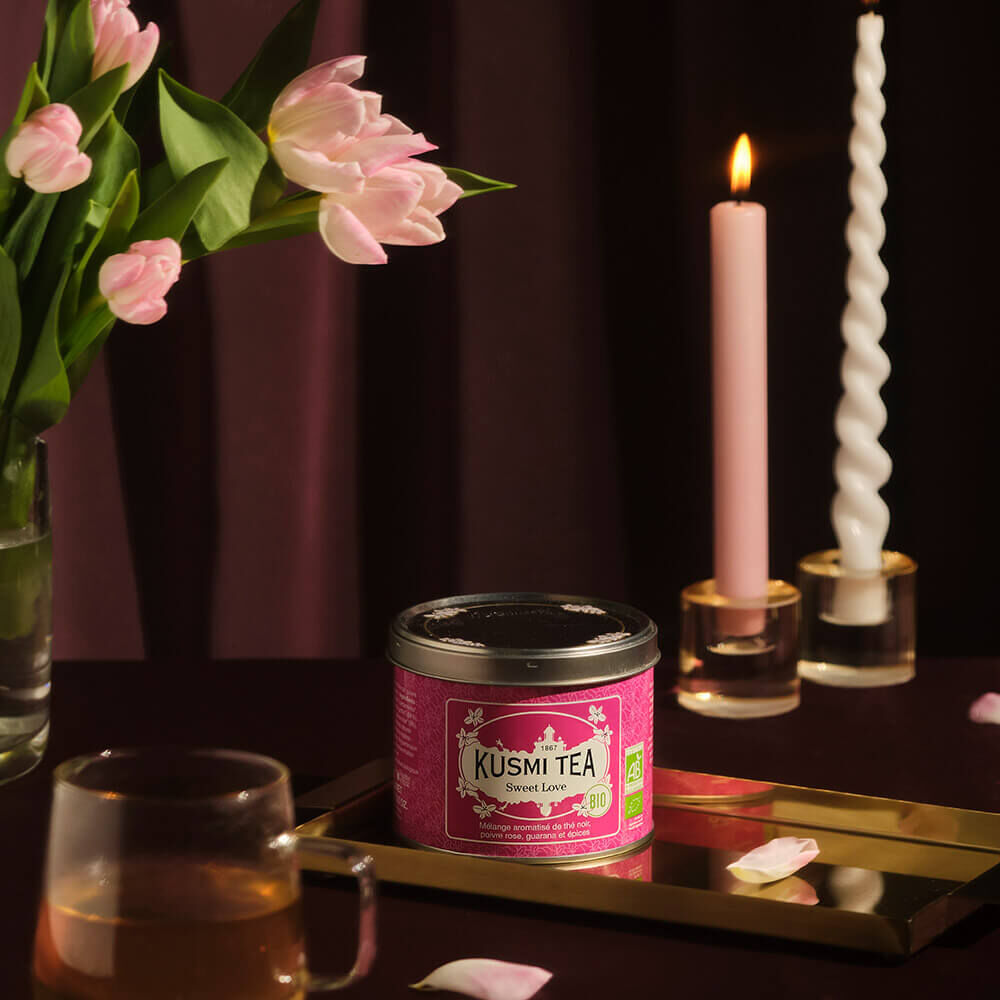