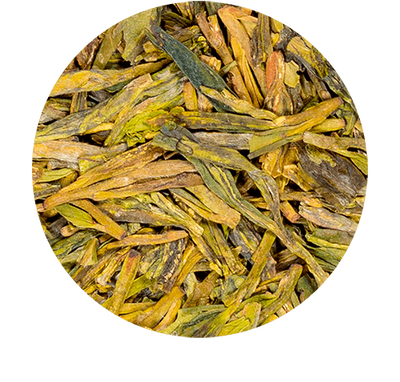 An exceptional, organic, unflavored green tea from the Zhejiang province of China.

Have you heard of the “Dragon Well”? Chinese mythology is bursting with secrets! In just a few sips, you will be transported to the heart of the Zhejiang province in Southern China. A mountainous landscape stretching as far as the eye can see, and the hallowed birthplace of one of the country’s most prestigious teas: organic Longjing, also known as “Dragon Well.”

Harvested in the spring near the city of Hangzhou, this organic plain tea has long flat leaves in a beautiful emerald hue. Its subtle notes of hazelnut and chestnut have made it popular with tea enthusiasts. Try it for yourself!

According to legend, Longjing means “Dragon Well.” In the village where this tea was first grown, it is said there was a well that always produced water – even in times of drought. The secret to the well’s bounty was a dragon that was thought to live at the bottom… In Chinese mythology, dragons are one of the leading symbols! Unlike the Western image of dragons, these creatures live in water and represent strength, happiness, and kindness.

Many stories have also been written about the origins of Longjing. Here is one of the most famous tales: While on a stroll one day, Emperor Qianlong stopped at a Longjing plantation to help the harvesters pick tea. While he was working, he learned that his mother had fallen ill. He hurried back, accidentally slipping a few leaves into his pocket. His mother was so taken with the fragrance of the tea leaves that she asked to try them. And in just a few days, her health improved! Ever since, Longjing tea bushes have been known as “imperial trees”! 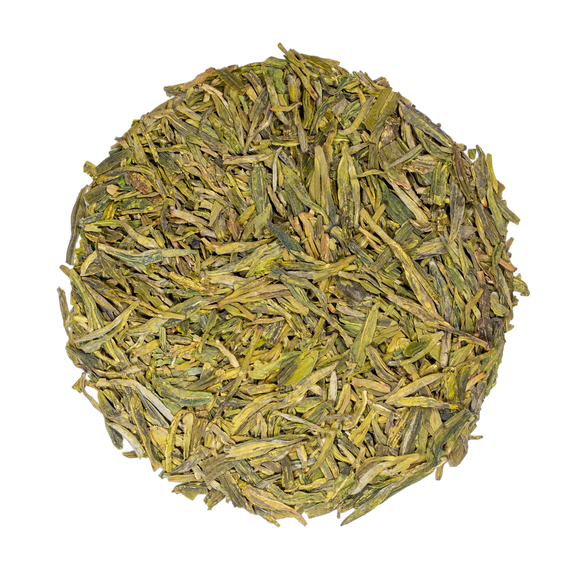